The Evolution of Pool Cue Shafts

In this article we’ll take you on a quick tour down memory lane and explore how the carbon fiber shaft got introduced into pool.

HOW DID THE GAME OF POOL START?

Pool evolved from a lawn game played similarly to croquet, to the game it is today, played on pool tables, the green felt or cloth that covers the slate on so many pool tables around the world – the green representing the grass the original game was played upon.

Back then, when pool was a lawn game that nobles played, the cue stick was actually a “mace” – long stick with a mallet on one end. Players used this instrument to shove, rather than strike a ball. That is to say, the cue stick actually started out as a mace, an instrument that looked much like a modern day golf club.

By the time of Shakespeare around 1600, billiards was commonplace, played on pool tables, and was mentioned in ‘Antony And Cleopatra.’

The term “cue” is derived from “queue” – the French word for “tail”. The mace end of the cue was used less and less, as the smaller, “tail” end of the stick was used more and more than the bigger, mallet end – until the cue eventually evolved into the cue sticks we use today. This was the earliest instance of a pool cue stick that we know of today – which was commonplace by Shakespeare’s times, so that is all to say that – for the most part, the cue shaft as we know it – has appeared the same way for some time, although it has changed composite types drastically.

However, pool cues weren’t manufactured in two sections until about 1800, when the cue compromised a two-piece design that screwed together in some type of “pin” configuration. Now we know these types as 5/16 x 18, 5/16 x 14, ⅜ x 10, Uniloc, Radial, and other pin types – which is the configuration of the part that holds the butt to the shaft and vice versa.

THE EVOLUTION OF POOL CUES

Up until recent times, most cues have been constructed of maple. Wood has been the standard since the beginning, but now, in 2022, there are so many options for cue shafts. Now we have any number of options to consider when purchasing a new shaft.

Really, for many years, up until more recent times, the pool shaft didn’t change much. Maple was the standard, though many custom cue makers hand selected woods they could visually see had straighter wood grain and such.

Then, fiberglass or graphite over the wood was introduced:

In 1987 an engineer from Taiwan named Jones Chang who had worked in the Tennis industry involved in manufacturing wood rackets clad in graphite showed some cue stick samples at the Billiard Expo that year using the same technology. The technology along with outstanding cue design led to the birth of Cuetec Cues. – Cuetec

After that, Predator pool cues introduced the 314 shafts in 1994, which again changed the landscape of the cue-stick shaft yet again. What they introduced was 10 radially spliced pieces of wood – which touted a “lower cue ball deflection” on shots made by the pool players – resulting in better consistency, and accuracy.

Also, it is responsible to note that aluminum shafts for pool cues have also been constructed, but weren’t shown to increase performance at all, but was a failed emergent spin off of the shaft evolution that didn’t take root well.

Then, it appears that carbon fiber cue shafts began to rise heavily on the pool scene around 2016, with Predator leading the way again, with the introduction of the ‘Revo’ shafts, constructed of Carbon fiber.

Now, many players use carbon fiber shafts for their lower deflection, durability, and increased consistency – and there are any number of cue manufacturers that produce these products.

THE BENEFITS OF THE BEST CARBON FIBER POOL CUE SHAFTS

Wooden cues can warp from hot, cold, or humid conditions – and get dinged up when players get upset and bang them on the side of the table in frustration. Carbon fiber shafts are low maintenance because they don’t warp under the aforementioned conditions, and they don’t get dings like wooden shafts.

Carbon fiber is stiffer than wood, allowing for more transfer of energy to the cue ball. Low deflection Carbon fiber shafts are hollow in the middle, and the diameter of the hollow area affects the stiffness/energy transfer. 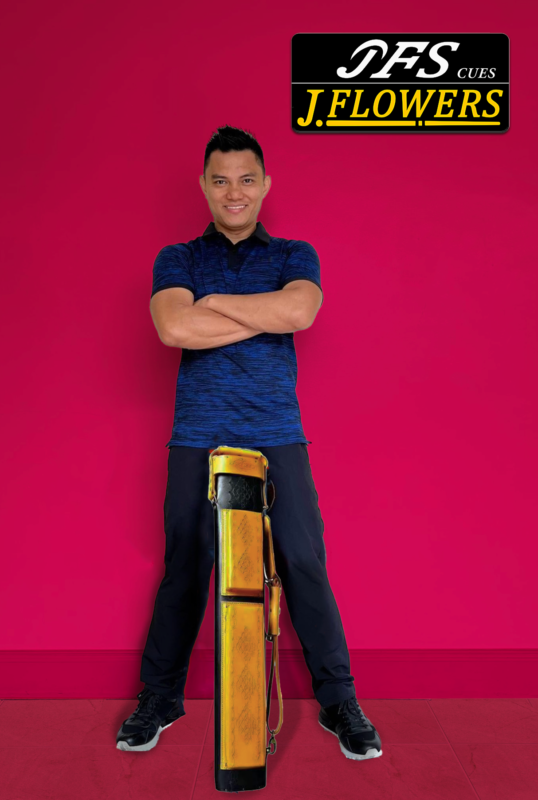 So many players have made the switch from the traditional maple shafts of the past, to the modern carbon fiber shafts of our times, as the shaft has evolved into a very precise, precision instrument.

Also of note, for players that want a lighter shaft, Keilwood, or baked pieces of maple wood, are used to provide players with yet another option for shaft technology.